Skip to content
Free Domestic U.S. Shipping on all Flairs and orders over $151 ~ Expect shipping delays internationally during COVID

The Jury is In! Flair Reigns Supreme Over ROK GC.

Here at Flair Espresso, we hold ROK in the highest respect. Fifteen years ago their first product, the Presso, helped to create the space in which we all operate today.

That being said, our goal at Flair Espresso has always been to produce cafe-quality shots in an affordable, transportable package, but to compete, we knew we had to outperform the ROK. Based on our customer ratings on Amazon (4.4 stars vs. 3.9 stars), it’s clear that we succeeded. So it was with a high level of interest that we watched when ROK introduced their GC update around the start of 2019.

We wondered how this new product would perform and if it would come closer to our Flair Classic and Signature models in terms of espresso quality? Internally, we were confident in our own products, but this confidence only grew over the past few weeks as two esteemed Youtubers, The Real Sprometheus and TV by Tom, dropped comparison videos.

Spoiler Alert! The Flair was deemed the winner in both occasions!

First, let’s discuss the video by The Real Sprometheus. He pitted the Flair Signature against the ROK GC in four different areas: temperature stability, ease of cleaning, process time, and shot quality. First, in temperature stability, we were awarded a tie, but are unclear about whether he followed the instructions for preheating our brewing head. But even if not, we still matched the ROK in thermal stability, with room to improve!

Second, in terms of ease of cleaning, he declared the ROK the winner. Not to be sore losers, but we have to disagree with him here, although we respect his insight. The Flair is different from the ROK, and all other manual espresso makers, in that we have a patented design that allows for a removable brewing head. While it’s true that our portafilter doesn’t have a handle, being able to remove the entire head from the lever assembly and rinse under cool water is a key attribute that we feel is overlooked in his comparison, and one that makes the Flair incredibly easy to clean.

In the last two categories: process time and shot quality, which we deem most important, the Flair was a runaway winner. We always state that you can use the Flair to make an espresso in less than two minutes, and while The Real Sprometheus didn’t quite match this, he did best the ROKs process time by 40 seconds!

Finally, the holy grail, shot quality. Here the Flair received an 8/10 vs. a 6/10 for the ROK. And again, here is where the Flair really shines. He noted thicker crema with nice color and tiger-striping and a more well-balanced shot overall. As we always say, we are cafe-quality!

Now for the video by TV with Tom. First off, it’s important to mention that Tom originally created a Flair and ROK comparison video which gained over 100k views. In that one, the Flair was the winner. And, spoiler alert again, Flair won this time too!

In general, Tom stated that, “Again, the ROK is not able to keep up with the Flair.” He spoke specifically about, you guessed it, the shot quality. “Something you should notice, is there’s a different quality to the crema [with the Flair],” he said. And you can see for yourself. In the screen grab below, he’s absolutely right.

Now, we at Flair Espresso understand that crema alone isn’t a signifier of shot quality. But, when compared across the same beans, on different devices, it’s easy to see that the crema generated by the Flair in this example is thicker, has better coloring and in general signifies a more complete extraction.

And, not to be forgotten, the Flair Espresso Maker system is also upgradable to include a pressure gauge, which means customers will always have instant feedback on the pressure they are using in their extraction. The ROK, over the course of 15 years and two different product updates, still has not offered this.

To us, the choice is clear, the Flair Espresso Maker is the best manual espresso machine for the price, creating cafe-quality espresso from your home, or wherever you find yourself. Visit us online to learn more.

You can also watch both full videos, below. 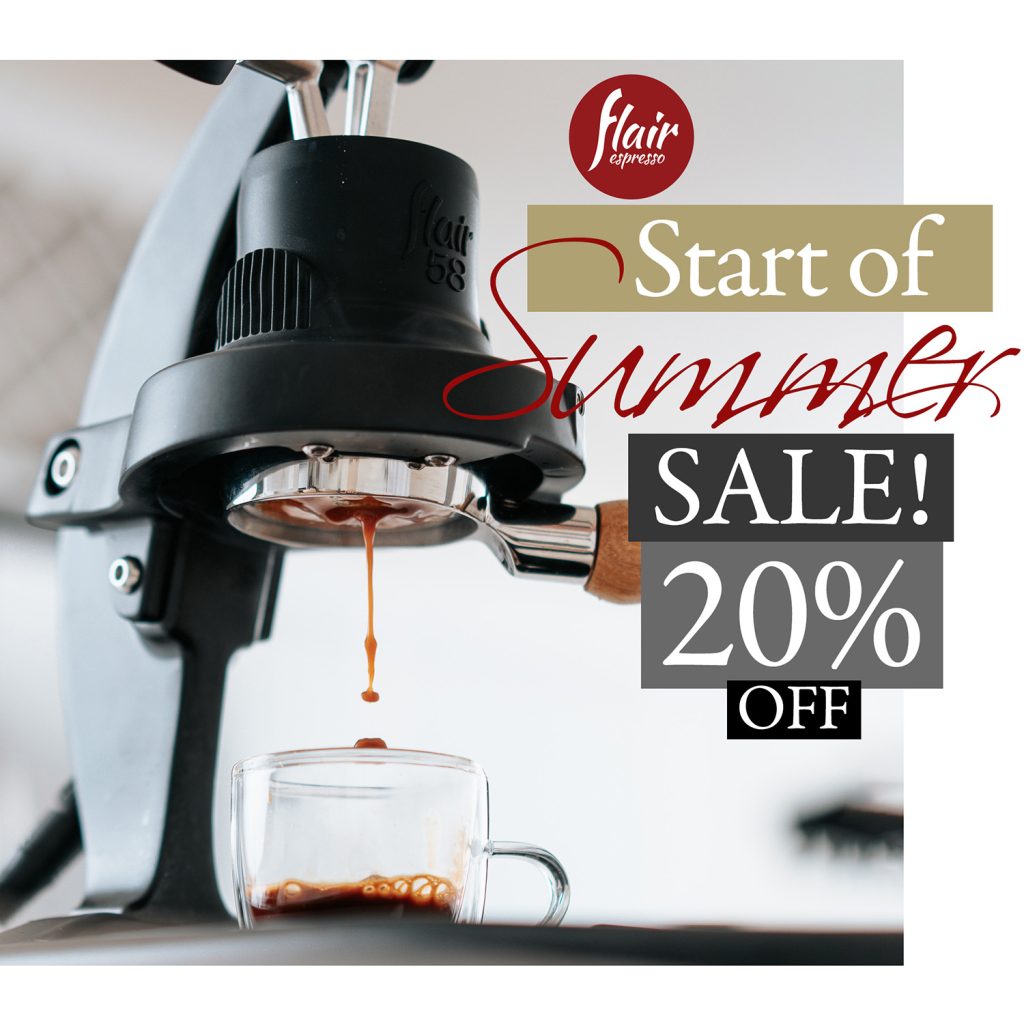